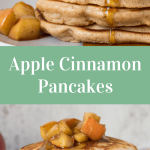 Light, fluffy, and filled with cinnamon and fresh apples, these apple cinnamon pancakes are the perfect recipe for a cozy weekend brunch. Serve these apple pancakes on their own, with maple syrup, or with a sweet and sticky apple topping for a hearty fall-inspired feast. 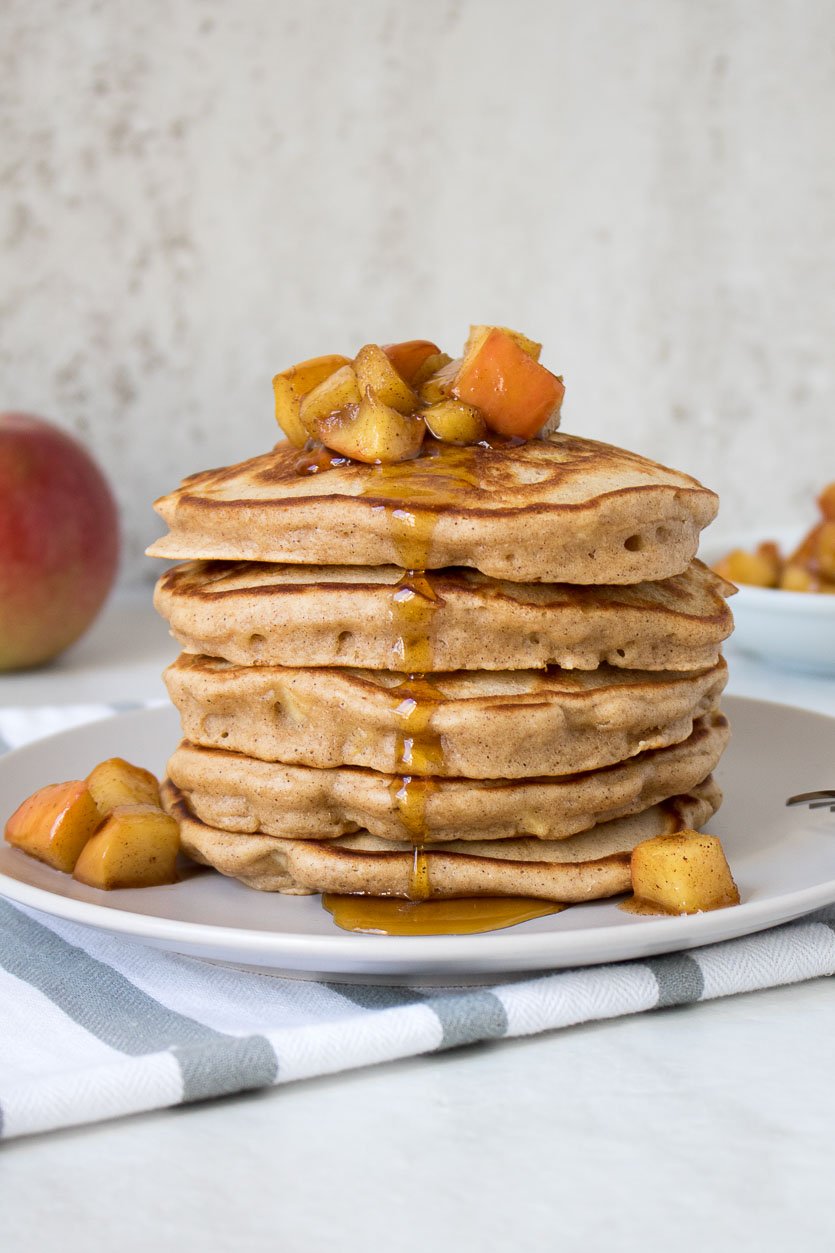 Although any apple will work in this recipe, I think a slightly firmer and crisper apple; such as Royal Gala, Cortland, Honeycrisp, or Empire, works particularly well as the texture tends to hold up better during the cooking process. For the ultimate apple cinnamon flavour, I included fresh apple directly in the pancake batter and as a topping, however, you could certainly do one or the other if you prefer. 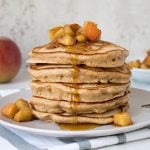 Light, fluffy and healthy apple cinnamon pancakes. Serve them on their own or with a sweet apple topping for an ultimate weekend brunch.