Why Fat Doesn’t Make You Fat

Discover why fat doesn’t make you fat and what to focus on instead.

Eat fat, get fat, right? Well, not quite. The notion that eating fat will make you fat has dominated our culture for over five decades and is one of the most confusing nutrition concepts for people to understand. For years, fat was demonized as a source of weight gain and the cause of heart disease, and although both of these theories have now been disproved, the concept that fat makes you fat still dominates headlines in mainstream media and conversations around dinner tables every day. So let’s talk about fat, it’s functions, the myths surrounding it, and why fat doesn’t make you fat. 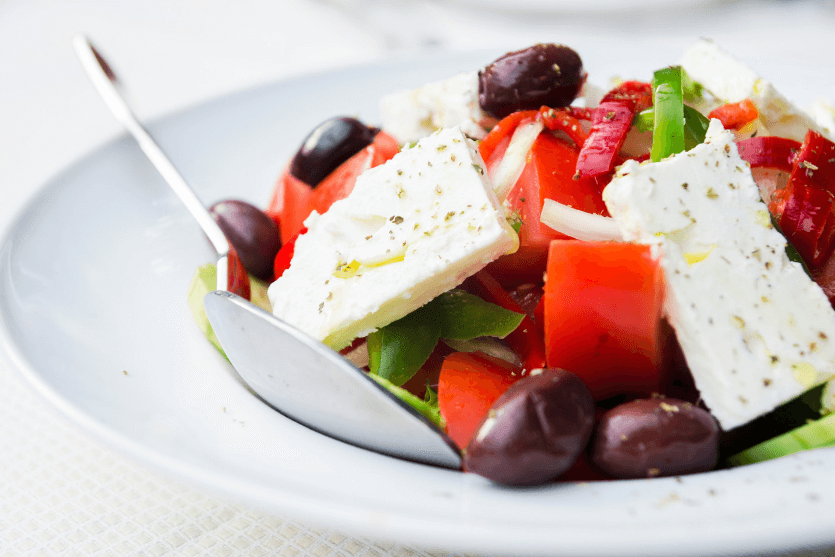 I think one of the major reasons that people are confused by the concept of fat making them fat is that dietary fat and body fat share the same word, fat. Although that may sound silly, the shared name seems to paint a visual of the fat we eat in our food getting shuttled directly to our love handles, but it doesn’t work like that. The same way the nails on your hands are not the same as the nails in your walls, and the same way eating squash doesn’t make you better at playing squash, the fat you eat does not directly affect the fat present on your body.

The factors that influence weight gain are multiple, complex, and vary from person to person, however, for most people eliminating fat from the diet does far more harm than good. Just think about it, if the concept that fat makes you fat was correct, then during the low-fat craze of the 80s, 90s, and 2000s, everyone would have become incredibly thin. But guess what? Things didn’t work out that way, because that’s not the way the body works.

Calories are NOT Created Equal

Ever had a salad without salad dressing? Kinda bland and boring and not really filling, right? Just leafy greens and vegetables flopping around your mouth doesn’t really cut it. Why? Because the caloric density in fat is incredibly satiating. Fat is calorie-dense; fat has more than double the number of calories than both protein and carbohydrates, at 9 calories per gram compared to 4 calories per gram, and although this is seen as a problem, it should be seen as a good thing. A meal without fat will leave you hungry within an hour or two, while a meal with a source of natural fat will keep you fuller for much longer. The caloric density of fat is actually one of its benefits, not its downfall.

Fat is often referred to as an “empty source of calories” because it is high in calories. This is wrong, not only because its caloric density is a good thing, but because its caloric density brings a lot of nutrients along with it. In fact, gram per gram natural sources of fat provide more vitamins, minerals, and nutrients than carbohydrates and protein. For that reason, and the fact that fat is dense in energy, fat is incredibly satiating and filling. Foods containing fat come packed with fat-soluble vitamin A, D, E and K, omega-3 fatty acids, and a whole other host of minerals and nutrients. These nutrients not only serve vital functions in the body but they also serve as a built-in signal to the body that it is satisfied and nourished, which helps to stop us from eating as our body recognizes we are full. Yes, the body is affected by the number of calories you consume, but at the end of the day, the body runs on nutrients, not just calories.

How the body gains weight is incredibly complex, and I don’t want to oversimplify it, however, one of the largest contributing factors to weight gain is blood sugar regulation, not fat. Every time you eat something you are sending a signal to the body that “gasoline” is coming into the “gas tank”. Insulin is the body’s traffic controller that tells the body where to send the incoming “gasoline”; either to be burned for energy or to be stored for later. However, fat, carbohydrates and protein do not all affect insulin, the traffic controller, in the same way. Insulin is very sensitive to carbohydrates, namely refined carbohydrates, and insulin gets overwhelmed where there is too much carbohydrate, or too much too frequently, coming into the body. When this occurs, insulin will send carbohydrates to the cells for storage, to be used for energy at a later date, where it will be kept as body fat. On the contrary, consuming whole food natural sources of fat does not affect insulin in the same way. If anything, eating quality sources of dietary fat helps to manage this process, balance our blood sugar for longer periods of time, and produces fewer cravings. Fat is actually the body’s preferred source of energy, as it can be burned more efficiently for longer periods of time, while carbohydrate-rich foods spike our blood sugar and cause unwanted excess “storage”, or body fat. Therefore, by eating meals that contain a source of fat you will alleviate your need for additional snacks and eliminate cravings, which will ensure you consume less food in the first place.

I think many people can see the direct link between the consumption of sugar and weight gain, however, the consumption of excess refined carbohydrates is too often overlooked. It is the ongoing and constant consumption of refined carbohydrates, in the form of items such as breakfast cereals, bagels, crackers, granola bars and pasta, that not only leads to excess “gasoline” that is sent into fat storage, but the chronic consumption of these foods perpetuates our hunger signals to crave more of them. Think about it, if you were given the option to eat as much as you wanted of your favourite breakfast cereal or a carton of eggs, which do you think you would be able to eat more of? I’m willing to bet most people would be able to consume an entire box of cereal in one sitting if they had too, where people would struggle to eat 4 or 5 eggs, not to mention a dozen. The same way that eating a pot of boiled potatoes is not the same as eating a bag of potato chips, the format in which you consume your food has a huge impact. The constant consumption of refined carbohydrates at breakfast, lunch, dinner, and snacks not only leads us to intake excess “gasoline”, but increases our hunger cues (by disrupting our blood sugar) which only leads us to eat more and, in turn, take in excess calories.

The Type of Fat is Important

In discussing why fat doesn’t make you fat, one thing that is incredibly important to understand is that dietary fat does not apply to any type of fat. In the ‘why fat doesn’t make you fat’ conversation, dietary fat only applies to whole food sources of fat such as animal fats, seafood, nuts, seeds, avocados, etc…, it does not apply to refined vegetable oils, margarine, the fat in Oreos or deep-fried Doritos. Not only are these fats not whole foods, but the unnatural fats present in items like Oreos, Doritos, cereals, granola bars, and other processed foods, also come laced with added sugars and refined carbohydrates – the true contributors to weight gain.

As with everything in nutrition, it is all about context. When you are discussing weight gain or weight loss, food quality matters, a lot. Incorporating natural sources of fat in meals is vitally important in nourishing the body, and in supporting weight loss and maintenance, not weight gain. Consuming natural sources of fat at meals will help to balance blood sugar, keep you fuller longer, reduce snacking, and, in turn, reduce overall caloric intake. Rather, what is more important is paying attention to sources of added sugar and refined carbohydrates in the diet and keeping them to a minimum.