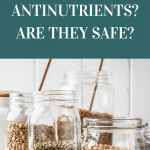 Perhaps you’ve heard of the term antinutrients or anti-nutrients; natural compounds that are found in food and are said to have the potential to be harmful to our health. But what exactly are antinutrients? And what foods contain antinutrients? Here is everything that you need to know. 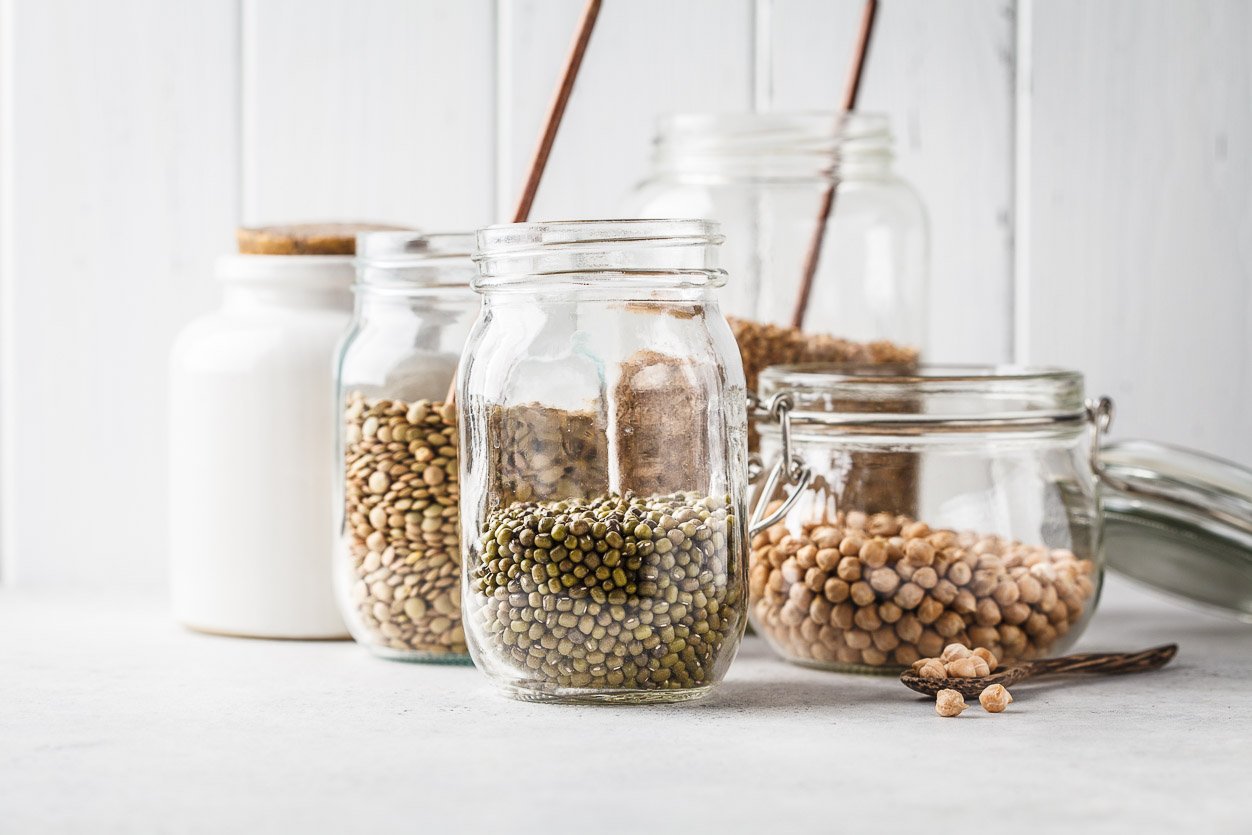 Antinutrients are compounds found in food that impair the digestion and absorption of protein, vitamins, and minerals. All foods contain nutrients, however, certain plant foods; including grains, seeds, nuts, and legumes, contain compounds that act as a form of defense mechanism and help to protect the plant from infections or consumption by animals and insects.

Some of the more common antinutrients include:

Antinutrients are found in their highest concentrations in grains, beans, lentils, and nuts, however, can also be found in some leaves, roots, tubers, and fruits of certain plants. Some of the most commonly consumed antinutrient-containing foods include soybeans, whole grains (including wheat), chickpeas, beans, lentils, nuts, seeds, spinach, kale, broccoli, peppers, eggplants, tomatoes, chocolate, and tea.

Although most plant foods contain antinutrients, when properly prepared, they are safe to consume. (7)  In fact, some antinutrients have actually been shown to provide health benefits: phytates, for example, have been found to lower cholesterol, slow digestion, and prevent sharp rises in blood sugar. (8)(9) Moreover, most antinutrients can be removed or deactivated by soaking, sprouting, or boiling before consumption, and some traditional methods of preparation, such as fermenting, have been shown to increase nutritional value.

How to Reduce Antinutrients in Foods

Soaking: Soaking grains, beans, and legumes in water prior to preparation is a simple yet effective way to deactivate enzyme inhibitors. (10) Many of the antinutrients are found in the skin and are water-soluble and, therefore, dissolve in water. For example, soaking whole grains in water overnight or in water with an acidic medium such as lemon juice or cider vinegar can help to neutralize phytic acid. Soaking is often used in combination with sprouting, fermenting, or boiling.

Sprouting: Sprouting, or germination, is one of the most effective ways to deactivate antinutrients, specifically phytates and lectins. Given most antinutrients are part of the seed’s system of preservation – preventing sprouting until the conditions are perfect –  the process of sprouting grains, legumes, and seeds actually helps to reduce their level of phytates, tannins and increase their nutrient availability. (6)(10)

Fermenting: Fermentation is a traditional method of food preservation and preparation that has been used across cultures. The process of fermentation helps to decrease the level of phytates and lectins while increasing beneficial bacteria and nutritional value at the same time. (6)(10) For instance, fermenting soy into tempeh or miso, cabbage into sauerkraut or kimchi, and whole grains into sourdough bread helps to make the foods more easily digested and nutrients more available. Moreover, fermented foods are sources of probiotic bacteria which has been shown to promote a healthy balance of gut bacteria and have a wide range of health benefits.

Boiling: Cooking food at high heat has been shown to decrease levels of lectins, tannins, and protease inhibitors (11). While boiling whole grains, boiling legumes, boiling or steaming Brussel sprouts, cauliflower, and leafy greens has specifically been shown to significantly decreased their levels of oxalates and glucosinolates. (10)

Antinutrients are natural compounds found in plant foods, including whole grains, beans, lentils, nuts, seeds, and some vegetables, that can interfere with the absorption of other nutrients. Although antinutrients can make certain foods more difficult to digest and their nutrients less bioavailable, when properly prepared, antinutrient-containing foods are generally not of concern and can be consumed in a healthy diet.

Like this and want to learn more? Join my nutrition program!