Getting Out of Your Own Way

Have you ever considered that the biggest obstacle holding you back from your health goals is you? It might sound harsh, but I’ve not only seen it time and time again with myself, but with clients that I work with. Although it might be easy to brush off, when you really dig deep and think about it, it can often be a lightbulb moment and a pivotal moment of transition, because sometimes getting out of your own way is actually the key to your success. 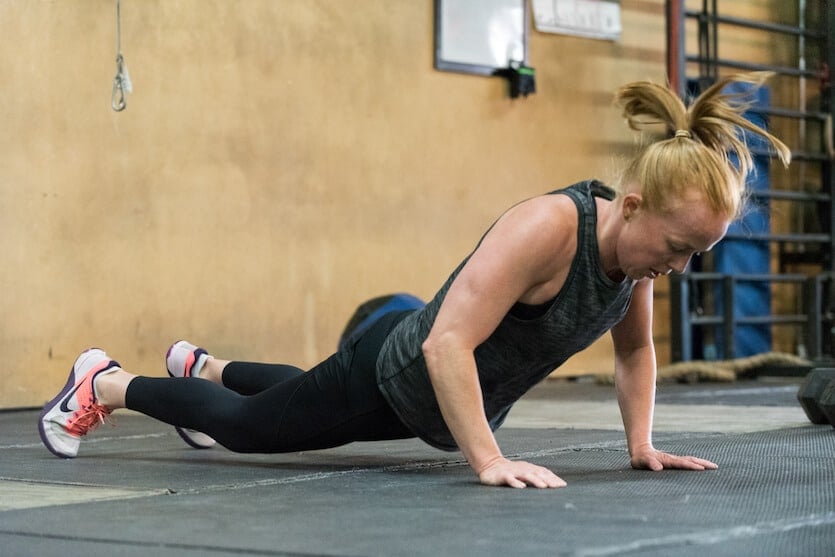 When I talk to people about their diet and goals, I’m often confronted with the reasons they don’t, can’t or have not been able to. Sometimes they are real obstacles, while other times they are perceived, however, regardless of the reason everyone always has an explanation as to how they got to this point or why they can’t change.

“I’m not giving up my favorite foods.”

“My family won’t eat that.”

I get it and I hear it, but my response to all of those things is:

The constraints that you think you have are often not actually constraints, they are limitations you have created for yourself. The guy in the office or the girl in the gym that are so fit and healthy is not any different than you. They often deal with the exact same constraints that you deal with, they simply found a way to work with them, not allow them to be obstacles in their journey. In truth, it is how you decide to perceive these obstacles that determine if they are actually obstacles or not.

“I’m busy, but I’ll carve out time in my calendar for it.”

“We can become healthier as a family.”

We are often our own worst enemies and spend so much time worrying and thinking and wondering and considering instead of actually doing. Fear holds so many people back from trying to new things because we are afraid of failure, afraid of trying new food, or afraid of going to the gym because people will stare at us. But in reality, failure is one of the greatest teachers out there because you only learn by doing. You can read 100 books on how to ride a bike, but until you actually ride it and fall off a couple of times you’ll never be able to figure it out. You might hate the first healthy recipe you try or hate the first workout you do, but guess what, you now know you hate it and can try something else. You might try 10 other recipes before you find one you like, or try 10 different workouts before you land on a type you like, but when you do, you’ve won.

Throwing your hands up and saying I can’t, I won’t or I don’t know how is giving away your power. Blaming your boss for making you work late and missing the gym, blaming your kids because they don’t like your healthy meal, or blaming your friend for bringing chips to the party is giving away your power. Yes, it might be your boss’ fault you had to stay late, or your kids’ fault they don’t like veggies, or your friend’s fault she bought chips, but it is your responsibility to deal with the situation and make the decision that supports your goal. Although you might need to stay late at work, you can re-organize your schedule to get to the gym another day. Although your kids might not want to eat the healthy meal you cooked, you can still eat it yourself. Although your friend bought chips for the party, you can eat the veggie tray instead.

When you realize that you are in control of your own decisions it is the most empowering feeling. When you get out of your own way and recognize that the only thing holding you back from getting to where you want to be is you, it changes the game. Yes, shit happens and sometimes it sucks, but how you handle it is totally up to you, nobody else. Your friend may have brought chips to the party, but she is not force-feeding them to you, you’re the one moving them from hand to mouth.

Eating well and making your health a priority is actually really simple. It’s simple, but it’s not easy. It is the internal barriers that we create for ourselves that rob of us the energy and passion we could use to succeed. It is the stories that we create for ourselves that hold us back from taking the first steps, and it is those same stories that we use to punish ourselves for not taking those first steps. I should go for a run. I’m not going to go for a run, I’m too tired. You’re too tired because you’re fat. You’re fat because you didn’t go for a run. I should go for a run. And the vicious cycle continues…

It is this constant procrastination and avoidance that can hold us back from getting to where we want to be. I think most people know they should eat healthily, and they should exercise, but a lot of people don’t do so because they haven’t found their why. Every single person is different and has a different set of beliefs, so every single person’s why is going to be different. Maybe it’s to be able to play with your grandkids, maybe it’s to wake up energized and inspired, or maybe it’s just to live a better life because you know you are worth it. Regardless of what the reasons are, because there are likely many, discovering your why is an important part of helping you get out of your own way.

When you think about the changes you want to make in your life, they can seem overwhelming and just give you another reason to get in your own way. In my opinion, big goals are great, but if you really want to reach them you have to break them down. If you want to lose 50lbs that’s awesome, but figuring out the smaller goals in that big goal is what is going to get you there. Instead of looking at a daunting goal of losing 50lbs, break it down into smaller more realistic goals like packing your lunch 3 days a week and going for a 30-minute walk after dinner. Doing so makes the daily tasks much more manageable, much more realistic, and less overwhelming.

If it’s been a long-term struggle for you to adopt a healthy lifestyle, perhaps it’s time to shift the focus and look at the common denominator – you. Your age, your time, your friends, and your family should not determine your level of success, only you can do that. Anything is possible as long as you’re realistic and sometimes all you really need to do to get ahead is to get out of your own way.