Given the health concerns around the consumption of sugar, in the past number of years, sugar alcohols have risen in popularity. Low-sugar recipes and store-bought food items now call for and include xylitol, sorbitol, and other sugar alcohols as replacements for conventional sugar given they provide the same sweet taste without the high-calorie content. However, given the use of sugar alcohols is still relatively new, it does beg the question; are sugar alcohols healthy? 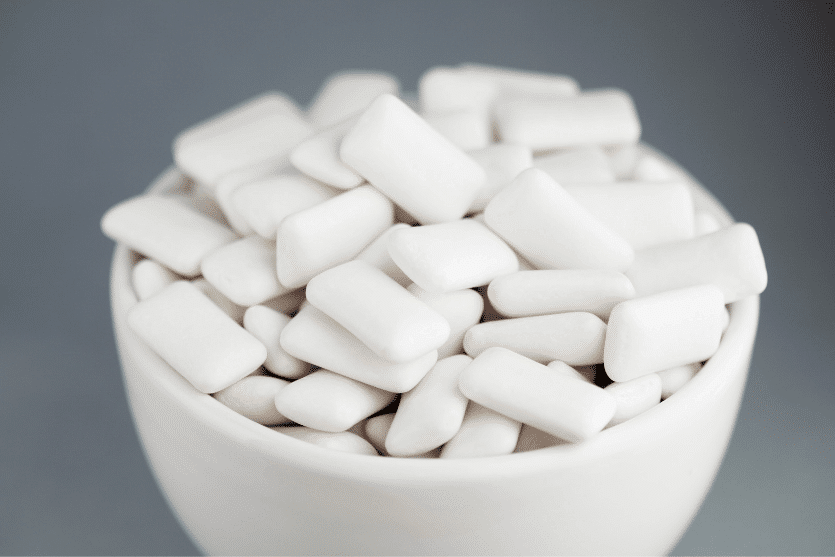 What are sugar alcohols?

How Sugar Alcohols Are Made?

The Glycemic Index of Sugar Alcohols

There are two primary reasons that sugar alcohols have risen in popularity; 1) their low-calorie content, and 2) their low glycemic index. The glycemic index, also known as GI, is a measure of how quickly foods raise blood sugar levels and their impact on insulin. Over-consumption of foods with a high glycemic index is linked to weight gain, obesity, and other metabolic health issues. For reference, white sugar has a glycemic index of 80, while maple syrup has a glycemic index of 54, and honey ranges anywhere between 35 and 58. Sugar alcohols rose in popularity because each of them has a very low glycemic index as compared to other sweeteners, xylitol, sorbitol, erythritol, and mannitol have glycemic indexes of 13, 9, 0, and 2 respectively. It is for this simple reason that sugar alcohols became ideal sweeteners for food manufacturers; they do not have the same known dangers of artificial sweeteners and enable manufacturers to list products as “sugar-free”, “low-calorie” or “calorie-free”.

The Benefits of Sugar Alcohols

Given their low-calorie content and low glycemic index, sugar alcohols do have some benefits. The low caloric nature of these sweeteners makes them useful replacements for conventional sugar to support weight loss, while for individuals with diabetes, sugar alcohols are useful for sweetening foods or drinks without the negative impacts on blood sugar. However, as with all food, context and volume matter.

The Problems with Sugar Alcohols

The reality is, although sugar alcohols do have some benefits, the cons outweigh the pros. The primary concern with sugar alcohols is their negative impacts on gut health and digestion, especially when consumed in large amounts. Given sugar alcohols are not naturally occurring sweeteners, without high levels of processing they would not naturally come in contact with the human body. Sugar alcohols are FODMAPs and, for the most part, indigestible as they travel through the digestive tract relatively untouched to the large intestine where they are metabolized by our gut bacteria. Once in the large intestines, sugar alcohols can pull excess water into the large intestine which results in their partial breakdown. The un-metabolized portions then begin to ferment and “rot” creating the perfect environment for undesirable bacteria to thrive and grow. Therefore, sugar alcohols have the potential to disrupt the functioning of the lining of the gut and their fermentation can cause gas and bloating. For these reasons, sugar alcohols have the potential to contribute to leaky gut and may decrease fat and nutrient absorption from other foods. The irony is that the individuals who could benefit from omitting sugar and the low-calorie nature of sugar alcohols (diabetic, obese, auto-immune issues, yeast issues, skin problems) are often individuals with highly impaired digestive health and gut bacteria in the first place.

Overall, sugar alcohols are certainly safer than artificial sweeteners, but that is not a ticket to use them in excess. At this point, there is very little evidence demonstrating the long-term health impacts of sugar alcohols and, at the end of the day, they are a form of processed food. In limited amounts and used from time to time, sugar alcohols are probably not too harmful, but it is best to avoid using them in excess. With that said, if you are someone who suffers from digestive issues or impaired gut health, I would highly recommend avoiding them altogether. For most people, it is best to sweeten food naturally with whole-food sweeteners such as honey, maple syrup, or cane sugar, and simply consume them in moderate amounts.