Why Junk Food Is So Addictive

At a basic level, eating healthy is really easy; eat real food, don’t eat junk food. Sounds simple right? But, as you can imagine, it’s not always that simple. Why? Because junk food is literally engineered to make you eat it, overeat it, and want more of it more often. Even with the best intentions, many people struggle to say no to junk foods because they are just so addictive. The truth is, there are many reasons why junk food is so hard to stop eating. So, let’s discuss why junk food is so addictive and what you can do about it. 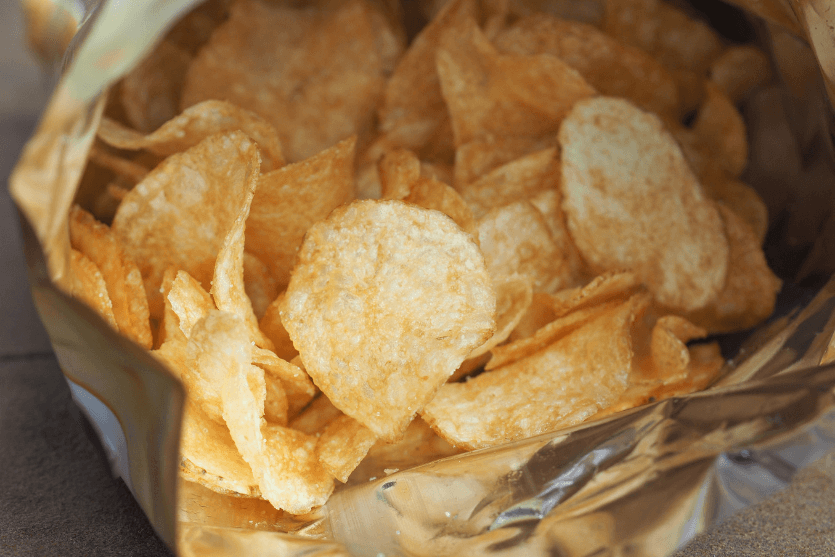 Junk Food is Actually not “Food”

The first thing that is important to understand is that although these junk foods are referred to as “food” they are in fact not food at all. In my opinion, junk foods are food-like products that resemble food and may contain food, but they are not food themselves. Real food comes from one of two places; plants or animals, and that’s it. Real food is from Mother Nature, it grows on the land, grazes on the grass, flies in the skies, or swims in the waters. Real food does not have a barcode nor does it have ingredients, because real food is ingredients. On the contrary, “junk food”, just as the name implies, is junk. It is defined as “pre-prepared or packaged food that has low nutritional value” and is also referred to as processed food. The catch? It often tastes great.

You’re Up Against more than Just the Food

When you eat junk food, you may think you are just eating a handful of chips, a cookie, or a few candies, but you are actually eating much more than that, you are eating something that has been chemically engineered to make you want more of it. When you eat these foods you are not only up against the food itself, you are up against food science experts, brands, and companies whose sole purpose is to create foods that people will love, and want more of, so they can make a profit. The time and energy that companies put into creating junk food are about more than just creating something that tastes good, it is a precise science that considers addictive behaviors, large studies, marketing practices, and finding the exact combination of taste, texture, color, and design to get you to eat more.

Food manufacturers spend millions of dollars to create products that reach the “bliss point”; the point at which the ingredients are optimized to deliciousness to keep you coming back for more. The bliss point of food is the exact balance of salt, sugar, fat, and flavors that isn’t too much, but isn’t too little, and leaves your brain craving more. In fact, this is just one of the many tools that food engineers use to create highly addictive forms of processed food. Manufacturers consider crunch point (the formula to get the perfect crunch), salivary response (the formula to make you salivate), dynamic contrast (the combination of different sensations in food), as well as something called “vanishing caloric density”. Vanishing caloric density, described in the book Why Humans Like Junk Food by food scientist Steven Witherly, involves creating foods that literally melt in your mouth, and the best example of this is Cheetos. These puffy air-like snacks melt in your mouth the moment you eat them “tricking” your brain to think no calories were consumed which encourages you to eat more of them. So, you may think you are just eating a handful of chips, a cookie, or a few candies as an enjoyable treat, but what you are eating is designed to do a lot more than that.

Junk Food vs. Your Mood, Feelings, and Brain

Our bodies are equipped with natural built-in systems that tell us when we are hungry, when we are not hungry, when to eat more, and when to stop eating, however, junk food is designed in a way that overrides all of those built-in systems. To no surprise, eating junk food can bring a great deal of pleasure, and it can stimulate your body’s reward system. This system was designed to “reward” you when you do things that encourage survival, including eating, and when this happens your brain releases feel-good chemicals, including dopamine. The brain is hardwired to seek behaviors that stimulate the reward system, however, the problem with junk food is that it can stimulate this system in a way that is far more powerful than the one you would get from whole foods.

“The time and energy that companies put into creating junk food are about more than just creating something that tastes good, it is a precise science that considers addictive behaviors, large studies, marketing practices and finding the exact combination of taste, texture, color, and design to get you to eat more.”

Let’s look at an example. Potatoes are a whole food, they are grown in the dirt on the land, while potato chips are a processed food version of potatoes, they are made in a factory and come in a bag. Although potato chips may be made from potatoes, they are not potatoes themselves. So, if you were given the option to eat plain boiled potatoes vs. potato chips, which do you think you could eat more of? I am willing to bet that most people could easily eat an entire bag of potato chips but would struggle to eat multiple plain potatoes.

As we eat junk food, the brain neurons pump out more and more dopamine, giving us a feeling of pleasure. When released, dopamine fits into receptors in the brain, much like a key fits into a lock, and when the fit is right the pleasure is sensed. However, when you consume junk food a strange thing happens; the body’s nervous system curbs the activity of the receptors, a form of protective physiological reaction to an abnormal level of dopamine activity, meaning you need more junk food (to produce more dopamine) to stimulate this same level of reward. So, while eating a chicken breast and salad might stimulate a moderate release of dopamine, eating a pint of ice cream will release massive amounts of dopamine making it seem more rewarding.

Not only do these foods stimulate our reward centers, but they also influence our insulin, leptin, and ghrelin response, and this becomes problematic in our modern environment as junk food is easily and readily available. Leptin is known as the gatekeeper of our appetite whose role is to signal to the body when it is full, while ghrelin and insulin also influence how much you eat and when. Unfortunately, junk food works to override all of these natural systems making it very difficult for the body to recognize when you are actually hungry or actually full.

The Power of Marketing

Although most of us think we are too smart to be duped by marketing, that is often not the case. Commercials of happy people eating delicious treats, food packaging with bright and vibrant colors, and engaging in-store displays at eye level are all things that play into our desire to eat junk food. We are constantly bombarded with videos and images of delicious foods reminding us to eat whether we are hungry or not. Often this is occurring on a subconscious level and we don’t even recognize it happening. That’s why you can be watching TV, see a commercial, and all of a sudden feel hungry. That’s why you can be sitting in an office meeting, not even thinking about food, but when the donuts show up you just have to eat one. Much like food engineering, a lot of money goes into marketing junk food to us simply because there is big profit to be made.

The Influence on Habits and Rituals

Another way that junk food companies try to influence our food choices is by creating habits and rituals out of eating their foods. Not only do they play on our taste buds but they play on our emotions and feelings. Do you really have to eat popcorn at the movies, hot dogs at the baseball game, and pizza on a Friday night, or have you just been conditioned to think that you should? Food manufacturers work to create associations between certain foods and certain activities so that eventually these associations get so ingrained that it almost seems like it was our idea in the first place and foolish to not eat those things at those times. Some of these patterns become so hardwired that when you do see these specific foods, or even think about them, your brain begins to trigger the memories and emotional response that came along with it, encouraging you to do it again. This is the psychology of junk food.

Food companies spend millions of dollars on research, development, and marketing to make junk foods highly addictive. These people are not evil, it is simply the reality of business and the current state of our food industry, however, it is not an excuse or a pass to continue to eat them. Of course, enjoying a treat from time to time is absolutely fine, but it is important to keep in mind that every time that you buy these foods you are funding more research, development, and marketing on the exact same foods that are already so highly addictive. Although it may not seem like it at the time, as a consumer you are in fact in the driver’s seat; you have the power to decide what you want to see more of, and what you want to see less of. For those who struggle with serious food addiction, it is important that you seek professional help, however, for those that don’t, you are already in a position of power. So, the next time you are out buying groceries pay attention to where you are spending and investing your money because every purchase is a vote for what you want to see more of.