5 Bad Carbs That Are Good For You

If any food is vilified and confused in the world of nutrition, it is most definitely carbs. With low-carb diets rising in popularity, carbs said to be the sole cause of weight gain, and sugar the root of many health issues and diseases, it is no wonder that so many people are concerned about eating carbs! The truth is, not all carbs are bad, and many of the ones we think are “bad” are not as bad for us as we think. 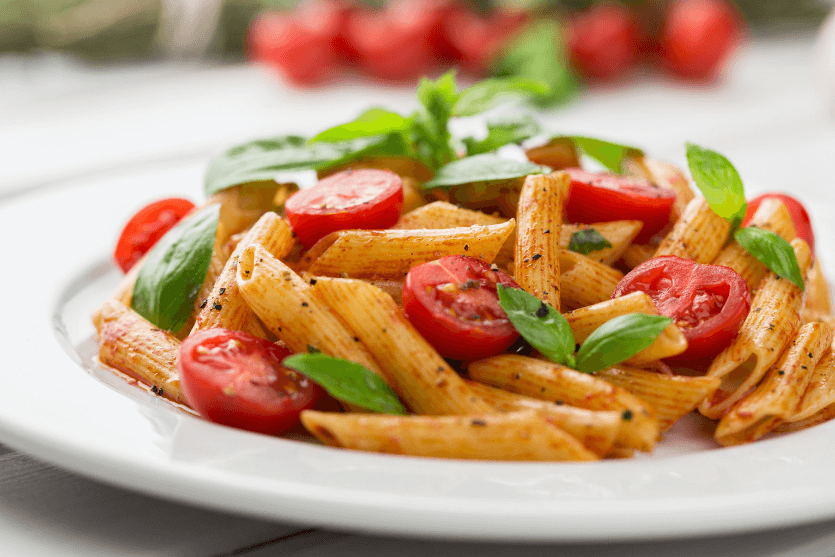 When it comes to carbs, it’s all about quality and context. Although refined carbohydrates are most certainly something that you want to limit, there are some “bad” carbs that are actually good for you, and it is important to understand which ones and why so you can make an informed decision that works for you.

“Bad Carbs” that are Actually Healthy

It’s time to bust some myths, take back whole food, and discover why these “bad carbs” are nutritious and good for you.

White potatoes are considered comfort food and they most certainly are, however, that does not make them bad for you. Potatoes are a whole food that grows in the dirt and have been eaten by various cultures for centuries. The concern people have with white potatoes is that they are high in carbohydrates and have a higher glycemic load than other vegetables which can trigger insulin and cause weight gain, but is it that simple? White potatoes are actually low in calories, a source of fiber, and rich in nutrients, so is it the potato itself we should be concerned about, or is it the way it is consumed? A boiled or baked potato on its own is certainly nothing to worry about, on the other hand, potatoes turned into deep-fried potato chips, French fries cooked in vegetable oil, or loaded baked potatoes with a dozen different toppings may be something to consider! In fact, although sweet potatoes are often considered “healthier” than white potatoes, white potatoes contain less sugar, more protein, and more vitamins and minerals than sweet potatoes which makes them both a healthy choice! It is important to understand that potatoes themselves are not the enemy, rather, it is the way that we consume them. So, when it comes to potatoes, opt for baked, boiled, or roasted potatoes, reach for different types, colors and sizes, and leave the processed and deep-fried versions for once in a while.

Although brown rice is often considered healthier than white rice, that is not exactly the case. All grain kernels, including rice, are made up of three different parts; the fiber-dense bran, the nutrient-rich germ, and the starchy endosperm. Depending on what the grain will be used for, it can be consumed one of two ways: with all parts intact, or by removing the bran and germ so only the endosperm remains. Brown rice and white rice are actually one of the same, the only difference between them is that brown rice is a whole grain, as it contains the bran and germ, while white rice is only the endosperm. Because the bran and germ contain many nutrients, brown rice is often said to be healthier than white rice because it is more nutrient-dense, however, the bran and germ also contain many anti-nutrients. These anti-nutrients are present to protect the important nutrients in the grain, however, these anti-nutrients make it more difficult for our bodies to break down the brown rice. The phytates and phytic acid present in the brown rice not only make it difficult for our digestive tract to break them down, but can cause inflammation and damage to our digestive tracts over time if not properly prepared. In fact, this traditional wisdom and knowledge can be seen across Asian cultures which have predominately been consuming white rice as opposed to brown. So, when it comes to rice, both white rice and brown rice can be a healthy choice when properly prepared.

The idea that white bread is unhealthy is actually misleading as it merely focuses on the color of the bread and not on the way the bread was made, which is truly the most important factor. When grains are properly prepared, by soaking, sprouting or fermenting, they are more easily digested and their nutrients are more available to us. The process of sprouting grains before creating a flour helps to neutralize the enzyme inhibitors and phytic acid in the grains, while the natural fermentation process used to make sourdough bread creates friendly bacteria which help to “pre-digest” the grains and reduces the presence of phytates. It is for these exact reasons that sourdough and sprouted grain bread are considered the healthiest bread options. Not to mention, the natural fermentation method of making sourdough bread only requires three basic ingredients; flour, water, and salt, and avoids all of the additives and preservatives found in processed white bread. The truth is, the difference in color is largely due to the type of flour that was used, which is only part of the equation. When it comes to bread, how the flour was made is actually more important than its color; a white flour that has been stone-ground from the endosperm is not the same as a bleached white flour which has been highly processed, and to make matters more confusing, there is actually a strain of wheat called white wheat which can be ground in its whole grain format to create white flour. So, although the color of the bread has some value it only tells part of the story!  When you are buying bread focus on the type of flour used and the way it was made; look for sourdough bread, sprouted grain bread, or whole grain bread made with a combination of high-quality flour, salt, and water, with minimal additives and preservatives.

Popcorn, much like white bread, is the perfect example of how food can be deemed “bad” based on the way it was made. Corn kernels themselves are not unhealthy, they are whole grains in their whole format, and compared to other grains are relatively low in phytic acid. What can make popcorn unhealthy is the way that it is made, specifically the fat used to cook it. Conventional popcorn, or the movie theatre stuff, is often made using vegetable oils which is actually what makes popcorn a less-than-ideal choice. Vegetable oils, such as canola oil, corn oil, soy oil, rapeseed oil, and safflower oil, are highly processed oils that contain a high amounts of polyunsaturated fatty acids (also known as PUFAs) which are highly unstable and oxidize very easily. The PUFAs found in vegetable oils are omega-6s, and although they are essential to human health, in excess they are dangerous and inflammatory to the body. So, popcorn on its own or cooked in a natural cooking fat, such as butter, and seasoned with sea salt is likely nothing to worry about, rather, it is the cooking oil, refined salts, toppings, and preservatives that you want to be mindful of.

Mind blow, right? Pasta in and of itself is not unhealthy, much like bread, it’s all about the ingredients and how it was made. Depending on the variety, pasta is made of a combination of flour, eggs, water, and salt, and the quality of the flour used is, once again, the most important factor. Ideally, the grains used to make the flour should have been soaked, and the flour should be stone-ground and unbleached. Much like the fermentation process in bread making, the soaking of the grains helps to reduce the level of phytic acid present helping to make the pasta more easily digested when consumed. Although this is very difficult to determine in grocery stores if you are buying from a specialty shop or from a location that makes fresh pasta it is a great question to ask. However, if that is not an option, simply do your best to be mindful of how it is served; how much, and with what. Unfortunately, more often than not, pasta is served in excessively large portions with extra-rich sauces and toppings, simply providing us with more energy (calories) than we possibly need in one individual sitting.

Although all of these carbs can be considered real food and can, therefore, be considered healthy, they are not necessarily ideal for everyone all of the time.  For some, grains can be very damaging and inflammatory, and are therefore best to be avoided, while for others, in moderate amounts can be included in a healthy diet. When it comes to carbs it’s all about quality, quantity, and context, because even too much of a good thing can be a bad thing. Meals constantly packed with bread, potatoes, rice, and pasta can quickly add up, negatively impact blood sugar, and simply become too much sugar for one to bear. For someone concerned about weight loss, with disrupted blood sugar, or struggling with digestive issues, it is vital that you monitor the amount and type of carbohydrates that you are consuming. That does not make them “bad”, it simply comes down to the individual and their personal situation. So, although none of these foods are inherently unhealthy, it is important to consume them as part of a balanced diet, in their most natural forms, and in amounts that support your personal health goals.