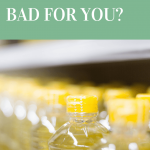 Is Canola Oil Bad for You?

Canola oil is a vegetable-based oil found in countless packaged food products and has been touted as a heart-healthy alternative to animal fats and butter. But is canola oil actually good for you? Or is canola oil bad for you? Here is a complete breakdown of canola oil, how it’s made, its benefits, its drawbacks, and an answer to whether canola oil is healthy or not. 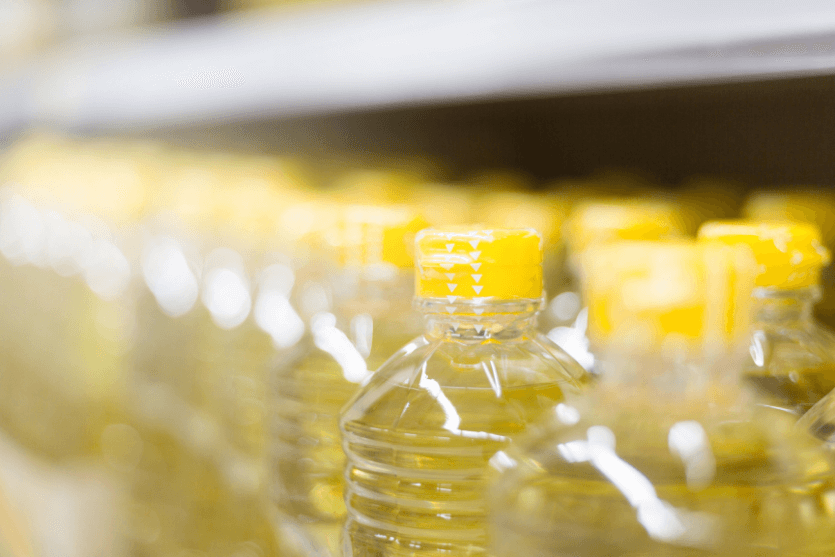 What is Canola oil?

Canola oil is made from the canola plant, a member of a large family called crucifers, which was developed in the 1970s by Canadian plant scientists using traditional plant breeding. (1) Using selective breeding techniques, developers were able to lower the two unwanted components of rapeseed and develop a new plant now called canola. The name ‘canola’ was a condensation of “Can” from Canada and “OLA ” meaning “oil, low acid”.

How is Canola Oil Made?

Canola oil is made from the seeds of the canola plant. The canola plant produces small yellow flowers that develop into pods, much like pea pods, which contain 20 to 30 tiny black seeds, about 1mm in diameter. (2) Once harvested, the seeds undergo several steps in order to turn them into canola oil and canola meal, a by-product of canola oil production used in animal feed. According to the Canola Council of Canada, canola oil is made via the following steps (3):

Although most companies use this traditional method, some Canadian canola is processed without solvent extraction and/or the use of heat.

Canola oil is a source of fat and is, therefore, rich in calories and dietary fat, while containing no protein or carbohydrates and limited nutrients. One tablespoon (14 g) of canola oil provides (4):

Like many sources of fat, canola oil contains a combination of fatty acids and breaks down as follows (5):

Canola oil is a good source of alpha-linolenic acid (ALA), a form of omega-3 fatty acids derived from plant sources. ALA helps to boost the omega-3 fats DHA and EPA, which are critical for health. (7)

Thanks to its neutral and light taste, canola oil is a versatile cooking ingredient that can be used in sweet and savory dishes while allowing other ingredients to shine through.

The unsaturated nature of canola oil makes the oil less stable and, therefore, more susceptible to oxidation and damage by light, heat, and air.

The production of canola oil involves chemical solvents, bleaching, deodorizing, high heat, and heavy processing. This intense process of production has been shown to damage the oil and create refined, bleached, and deodorized oils, also known as RBD oils. (9)

Almost all canola crops are genetically modified (GM or genetically engineered) to be tolerant to herbicides. (10) Although many scientists and governing bodies deem GMO foods safe, there remain public concerns over the environmental impact and human health impact of these crops.

Overall, the concerns around canola oil outweigh any potential benefits. Although canola oil is a natural plant oil with omega-3 fats, the high level of processing required to produce canola oil and its high content of omega-6 fats have the potential to create rancid oils and contribute to inflammation in the body. In moderate quantities, there is no evidence to conclude that the consumption of canola oil is unhealthy or overly damaging, however, total intake should be considered in conjunction with other sources of omega-6 fats in the diet. At this time, it is clear that more research is required.

If you are concerned about the potential negative impacts of canola oil, there are many other oils and cooking fats to choose from. For higher-heat cooking, fats with a higher level of saturated fat are ideal given they are more stable and less prone to oxidation and damage, these include ghee, tallow, lard, duck fat, butter, and coconut oil. For lower-heat cooking, olive oil and avocado oil are ideal, while nut and seed oils such as flax oil are best unheated and used as dressings.

Canola oil is a heavily processed form of vegetable oil with few health benefits. Compared to other natural cooking oil, such as olive oil, butter, and animal fats, there are minimal benefits to using canola oil. Generally speaking, canola oil is not recommended as a primary, everyday cooking oil, and overall consumption of processed foods should be limited.