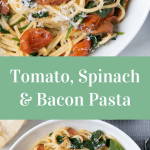 Looking for a little dinner inspiration? Look no further than this pasta recipe! Loaded with salty bacon and fresh vegetables, this bacon pasta with spinach and tomatoes is full of flavour while being incredibly easy to make. In fact, this recipe is so versatile that you can use any vegetables you have in the fridge, making it a perfect dinner idea for busy weeknight meals. 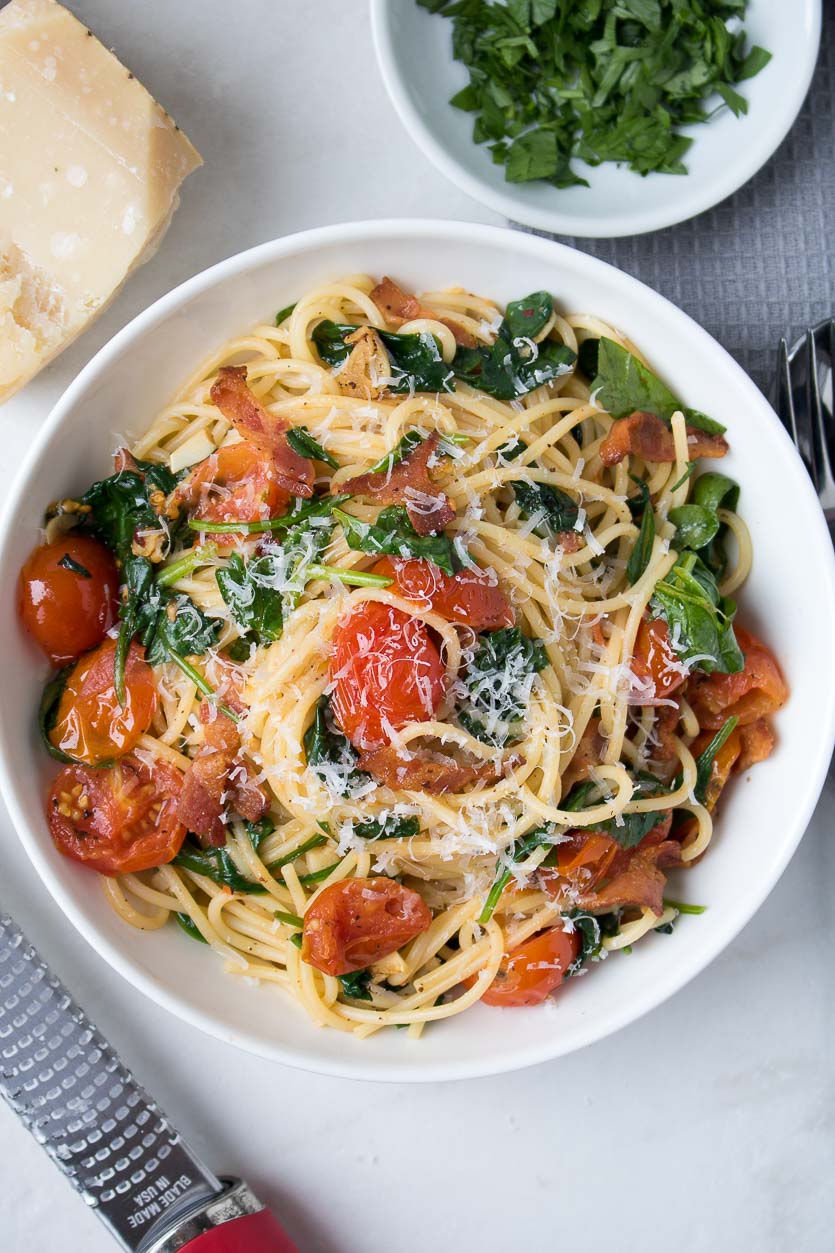 Bacon Pasta with Spinach and Tomatoes

Although often considered “indulgent” or “unhealthy” foods, bacon and pasta are forms of whole food and can easily be incorporated into a healthy diet. In fact, when chosen with care and eaten in appropriate amounts (even too much of a good thing can be a bad thing) both pasta and bacon can and should be (in my opinion) included as part of a well-balanced diet.

Nutritionally speaking, pasta is a form of complex carbohydrate and is made from a mixture of durum wheat flour, water and/or eggs, while bacon is a natural source of protein and healthy fats. Although bacon is often considered unhealthy due to its content of saturated fat, this is actually one of its biggest nutritional benefits and the myth of saturated fat is one of the more confusing aspects of nutrition. The reality is, when consumed in appropriate serving sizes, both pasta and bacon can serve as a source of whole food-based macronutrients to help create a well-balanced meal.

Not to mention, because both bacon and pasta are quick to cook, they are the perfect ingredients for a quick and easy meal when you are in a pinch. For this bacon pasta recipe, I opted to include spinach and cherry tomatoes for a punch of fibre and added flavour, however, you could truly include any vegetables that you like. Quick-cooking vegetables such as mushrooms, zucchini and asparagus would also work nicely in this dish. 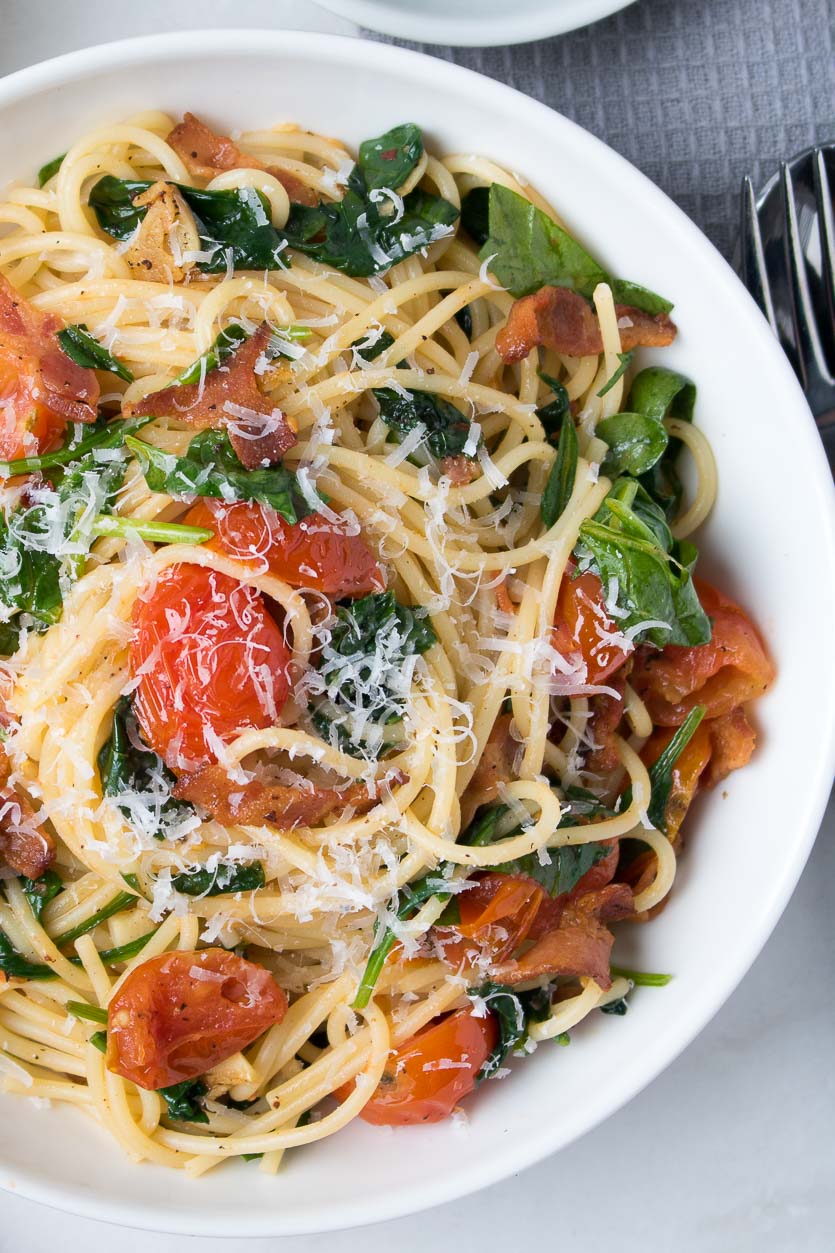 Bacon Pasta with Tomatoes and Spinach

So, next time you are in a pinch and need a quick dinner idea, grab a package of pasta, a few rashes of bacon and whatever veggies you have lying around in the fridge and whip up this quick and easy bacon pasta recipe for a hearty and healthy weeknight meal.

Ready in under 20 minutes and made with spinach and cherry tomatoes, this bacon pasta recipe is a quick, easy and healthy weeknight meal!