This light and fluffy apple cinnamon French toast is the perfect healthy recipe for a hearty weekend brunch! Complete with a warm sweet apple-cinnamon topping, this French toast is sure to be a crowd-pleasing dish the whole family will love. 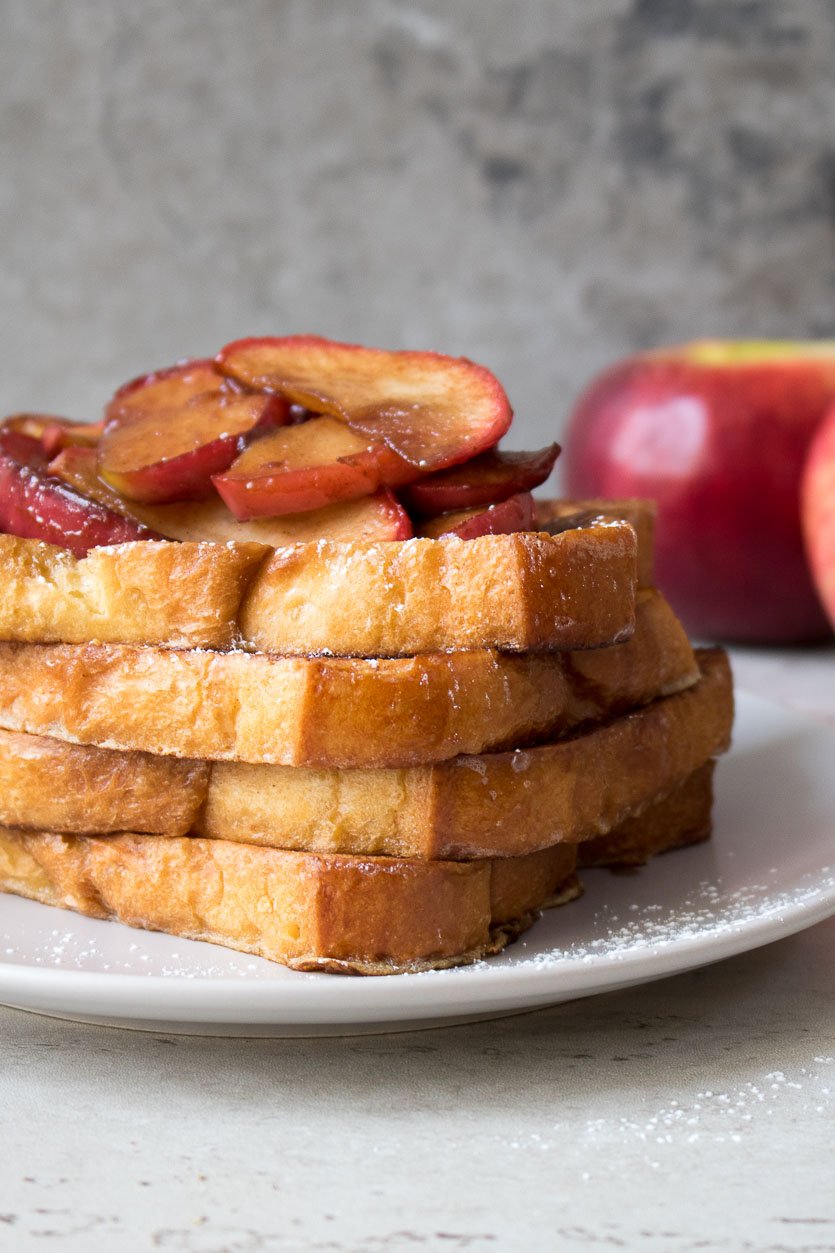 Although I’ve named this recipe apple cinnamon French toast, it’s just French toast with an apple cinnamon topping but, hey, who’s checking?! This apple French toast is a wonderful recipe for a weekend brunch or a special occasion, plus, it also stores very well in the fridge or freezer if you want to make a batch ahead of time and quickly reheat it on busy weekday mornings.

This recipe is made much like regular French toast with the addition of apples and ground cinnamon. Here’s what you’ll need:

How to Make It:

Prepare the milk and egg mixture. In a large bowl, combine the large eggs, milk, cinnamon, and vanilla in a bowl and whisk until well combined.

Soak the bread. Add the bread to the egg mixture, one slice at a time, to ensure each slice is well coated.

Cook the French Toast. Add each slice of bread, one at a time, to a hot pan with melted butter and cook, flipping once, until golden brown on both sides. Make sure your pan is hot enough before adding the bread to ensure it browns well and gets crispy when it hits the pan.

Serve warm and enjoy! Once everything is ready, serve the French toast with a generous portion of the apple cinnamon topping and a drizzle of maple syrup. 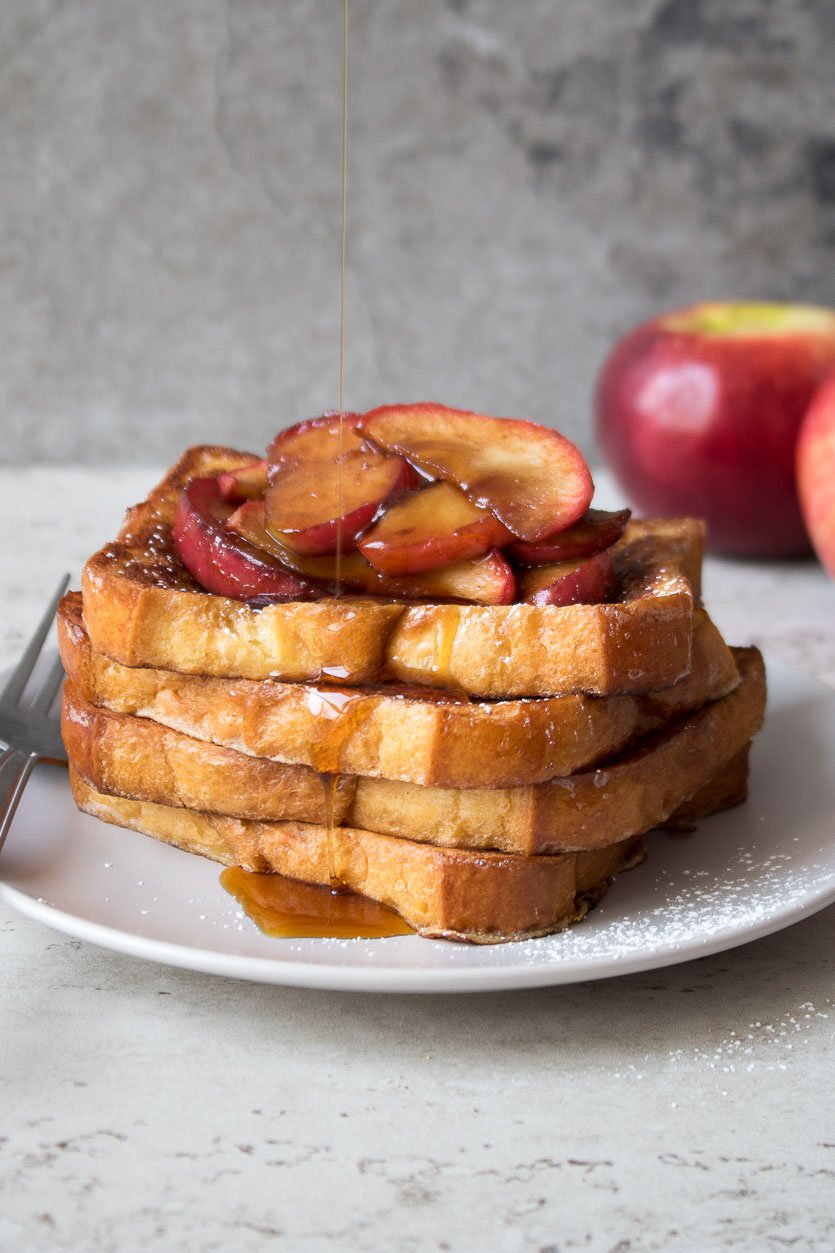 How to Make Apple Topping for French Toast

While cinnamon French toast is tasty on its own, making an apple cinnamon topping for French toast really takes the fall flavors to the next level and adds a bit of fiber at the same time! Here’s how to make it:

Not only does this apple topping go well on French toast but it also pairs well with pancakes, on oatmeal, or mixed into yogurt. You can also make a big batch and store it in the fridge in an airtight container for up to 5 days so it’s ready to add fall flavor to your breakfast whenever you need it!

Tips for the Best French Toast

Don’t cut the bread too thin/thick. The ideal thickness for a slice of French toast is 3/4″ to 1″ thick; this is thin enough to soak up custard but still thick enough to get a crispy exterior when cooked. If using thinner, pre-sliced bread you will need to adjust the soaking time and cooking time accordingly.

Be sure to mix the custard thoroughly. Ensure that the eggs and milk are well incorporated before soaking the bread, you want to avoid globs of egg whites separating from the milk and cooking onto the French Toast.

Not pre-heating the pan. The pan should be hot, and the butter should be melted before adding the bread. Ensuring the pan is hot enough will ensure the custard starts to cook immediately, giving the French toast that golden, crispy exterior we all love.

Add toppings or ultimate flavor! While French toast is delicious on its own (I mean, it’s bread, eggs, milk, and butter, what’s not to love?), adding toppings to your French toast, like this apple cinnamon topping, is a great way to add seasonal flavor.

This cinnamon French toast with apple cinnamon topping is perfect for a weekend brunch or make-ahead weekday breakfast.