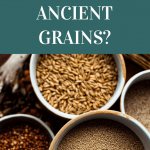 What Are Ancient Grains?

In recent years, ancient grains have risen in popularity in Western culture and are often touted as being healthier alternatives to modern whole grains, but is it true? Here is a complete breakdown of the different grain varieties, their health benefits, and how to use them. 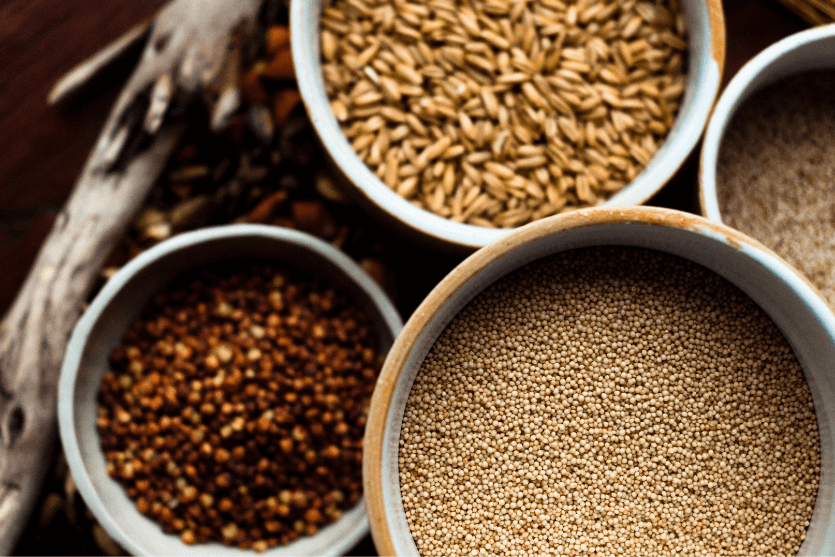 What are ancient grains?

Although there is no actual definition, the term ancient grains is generally used to describe a group of whole grains that have been largely unchanged over the last several hundred years. Unlike modern grains such as wheat, corn, and rice, which are constantly bred and changed, ancient grains have never been processed through hybridization or selective breeding, meaning, they are very similar to those consumed by ancestors or “ancient” populations thousands of years ago.

Ancient grains commonly include whole grains, such as spelt, barley, and millet, as well as pseudocereals, such as quinoa, buckwheat, and amaranth. Although modern wheat, which has been altered through hybridization, is not classified as an ancient grain, the wheat varieties einkorn, farro, Kamut (Khorasan wheat), and spelt remain relatively untouched and therefore are. Moreover, heirloom varieties of rice and corn, such as black rice, wild rice, and blue corn, are also considered ancient grains.

Overall, the term “ancient grains” is used as a marketing term by food manufacturers to promote grains that have been largely ignored by Western cultures and palates until recently.

While there is not exactly a fixed list, some of the more common ancient grains include (1):

Amaranth is classified as a pseudocereal that is naturally gluten-free and rich in protein, fiber, micronutrients, and antioxidants. (2) It has an earthy taste and nutty texture and can easily be used in the place of rice, in salads, soups, or stews.

Barley is a cereal grain and a member of the grass family. Barley is one of the world’s earliest cultivated grains and provides fiber, vitamins, and minerals. (3) Barley is sold in hulled and pearled formats and, with a chewy texture and nutty flavor, can be used to make risottos, soups, stews, and salads.

Buckwheat is also classified as a pseudocereal. Whole buckwheat, also known as buckwheat groats, makes a wonderful porridge, while its flour is commonly used to make noodles, pancakes, crackers, and bread.

Einkorn, farro, Kamut, and spelt are varieties of wheat, often known as ancient wheat, that are untouched compared to modern wheat. Whole kernels or berries of these wheat grains can be used to make grain salads, added to soups or stews, while their flours are can be used in baking.

Millet is a small, round ancient grain that is part of the grass family along with sorghum and teff. All three are good sources of fiber, vitamins, and minerals, and are naturally gluten-free. Millet, sorghum, and teff can all be sure to make porridge, salads, soups, stews, and baked goods such as pancakes, loaves, and bread.

Quinoa is a flowering plant in the amaranth family, technically a seed, that is classified as a pseudocereal. Quinoa is a naturally gluten-free grain, with vitamins, minerals, and plant compounds, as well as antioxidants, and works well in porridge, salads, soups, stews, and casseroles, or as a simple side dish or pilaf.

Like all whole grains, ancient grains are food sources of complex carbohydrates, fiber, vitamins, and minerals. Many grains also contain healthy fats and moderate levels of vegetarian protein. Although the exact health benefits are unique to each variety, overall, some research suggests that individuals who regularly consume whole grains have a lower risk of heart disease, stroke, diabetes, and some cancers. (5)(6) The fiber-rich nature of these grains can also aid with digestion and may support overall gut health.

Ancient grains are certainly more nutritious than refined grains or processed grain products; however, they are equally as nutritious as all whole grains. Be it oats, barley, quinoa, or farro, all whole grains, ancient or not, have a place in a healthy diet. Although these grains have risen in popularity due to their “exotic” nature, more common whole grains such as rice, brown rice, oats, and wheat offer the same health benefits at a fraction of the cost.

Ancient grains is a term used to describe whole grains and pseudocereals that have never been processed through hybridization or selective breeding. Some of the most popular ancient grains include amaranth, barley, buckwheat, farro, millet, and quinoa, all of which are good sources of fiber, vitamins, and minerals. The regular consumption of whole grains has been linked to numerous health benefits including improved blood sugar, reduced inflammation, as well as lower risks of diabetes, heart disease, and cancer.